Margao, also called Margaon or Madgaon is a city in South Goa. It is the second largest city in Goa by population after Vasco da Gama. Margao is also the commercial, cultural and religious capital of Goa. The Salcete sub-district’s administrative headquarters is located here. Spread over 15.1 square kilometers, the city has a population of 87,650 according to the 2011 census. 106,484 residents live in the greater Margao metropolitan area. Margao is also one of the two major rail heads in Goa, Vasco da Gama being the other.

It is often a crowded market-place because of the many shops and supermarkets here. The city is also a major transport hub. Many tourists arrive at the rail station or the Kadamba bus stand. It is a gateway to several fantastic beaches in South Goa – Cavelossim, Mobor, Colva, Benaulim, Agonda, and Palolem. Panaji or Vasco da Gama would be too far away from these beaches. The Goa international airport at Dabolim is 25.6 kilometers away by the NH 66 and NH566. 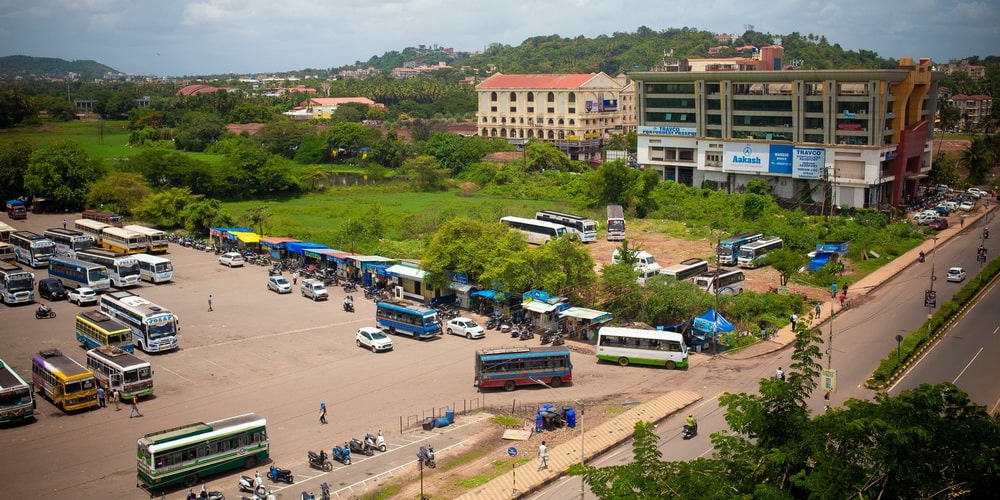 The city has a long history. During Portuguese times, Margao was an important settlement in Salcete. It was called ‘Matha Grama’, which means ‘village of the Mathas’ or heads after the many temple schools here. Raiders caused a lot of damage in 1579.

Located on the Sal River, Margao is considered to be the oldest city in Goa according to ancient written evidence. The oldest state university and library were both here, but they were destroyed during the Portuguese invasion. Now, it is one of the fastest growing and rapidly developing cities in India. There are many prestigious schools and colleges, shopping and business centers.

Margao and Madgaon are the same. Margao is the Portuguese name, while the Marathi name is Madgaon. In Konkani the city is called Madugão.

The city has a long history. There used to be a University here with a library even before the Portuguese arrived in Goa. The library had an impressive collection of 10,000 books, which was rare in those days. It was an important settlement called ‘Matha Grama’, meaning ‘village of the Mathas’ or heads after the 9 mathas in temple schools. There were many religious centers, dharmashalas and wealthy temples.

However, almost all of them were destroyed once the Portuguese arrived during the 17th century and absorbed the area into the Novas Conquistas.

The Portuguese Jesuits decided to establish their college in Margao. The first church came up in 1565 at the site of a Hindu temple. Dom Caspar Leao Pereira, the first Goan archbishop personally chose the site. Captain of Rachol Diogo Rodrigues was appointed for its construction. However, Muslim raiders soon destroyed the church. It was rebuilt on the same site, but burned down again in 1579.

By 1881, the town was beginning to emerge as a commercial center. Steps were also taken that very year to establish the first rail connection. A single-line track was set up connecting the growing town to the east and harbor area.

Portuguese colonizers influenced the local culture and lifestyle greatly. But the influence of Margao too can be seen in Portugal, even today. The Margão brand of aromatic herbs and spices are sold online and in many shops in Portugal.

People visit Margao throughout the year as it is a big city with many shops and offices. The summer is hot and humid, more so because of so many vehicles, people and commercial activity. There is heavy rain during the monsoon months with chance of some water logging.

November to February is the best time to visit Margao. The weather will be cool and very pleasant. There is very little rain. Temperature will range between 33°C and 35°C. The city is a transport hub for visiting many beaches, which have good tourist infrastructure this time – beach shacks, restaurants, pubs and cafes will all be open. There will be water sports too. There is very little here during the summer and monsoon months. You can easily reach these beaches from Margao as they are close. The transportation system and road network is also good.

Top 8 Places To Visit In Margao 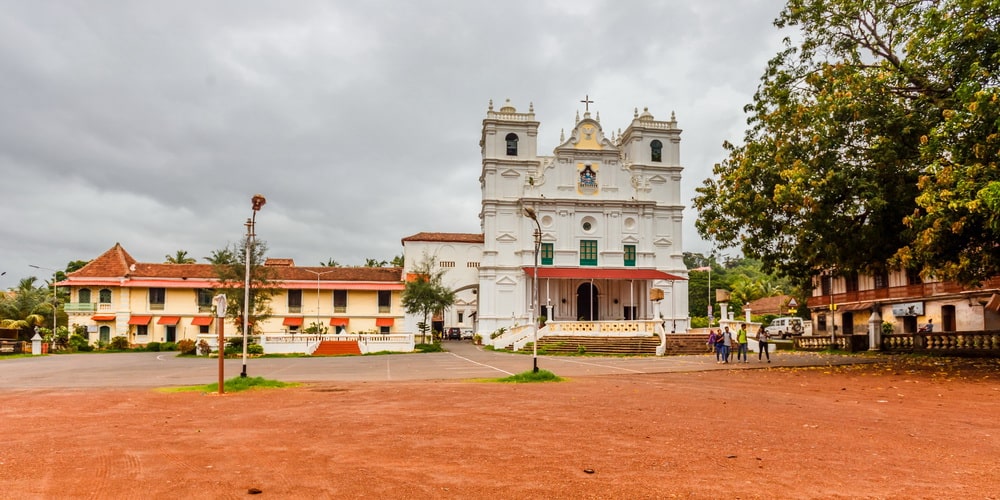 Holy Spirit Church or the Espirito Santo Igreja em Margao in Portuguese is the biggest church in Margao. Popularly referred to as ‘The Margao Church’, it is in the center of the city in the court district. The Old Margao Market or the MMC Market, Margao Market, and the Jawaharlal Nehru Stadium are close.

The church is an impressive and towering white-washed structure with baroque architecture. Dedicated to the Virgin Mary, its ornamental screen rises from the ground level to reach the high ceiling. The church has a carved and gilded archway, standing in front of it. There are arches in the window too, shaped like sea shells. In the north aisle, you will see statues of the Blessed Joseph Vaz and St. Anthony, which are kept in glass cabinets.

In the main square, there is a monumental cross, the parochial house, palatial mansions of affluent elite Catholics, in a row. The church stands on the other side. There is also a school that the church operates and its playground. Just opposite to the church is a small park. 2900 catholic families are hosted by the church.

The Holy Spirit Church is a working place of worship. 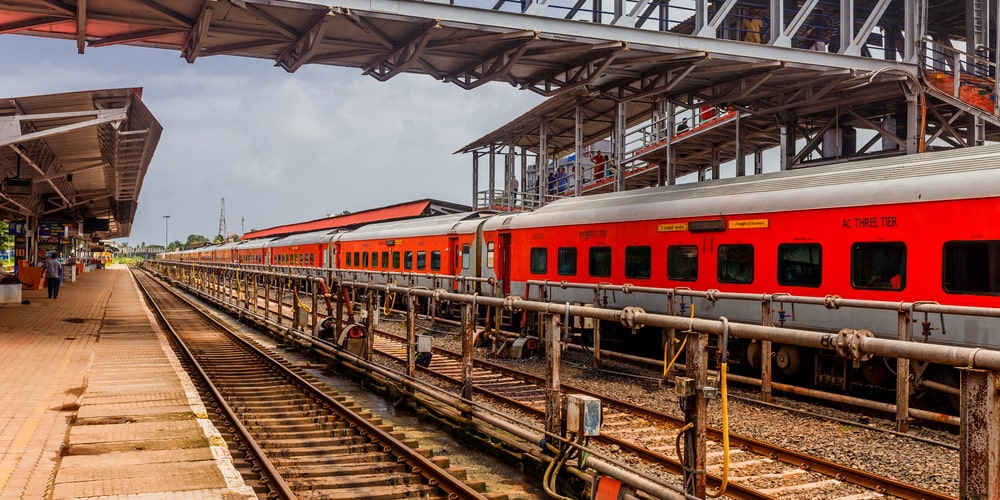 Madgaon Railway Station (station code – MAO) is the biggest rail head in Goa. Most tourists with accommodation in South Goa get down here. The station is the gateway to many south Goa beaches like Colva, Benaulim, Betalbatim, Majorda, Varca, Cavelossim, Mobor, and Palolem. Colva is the closest beach from Madgaon. It is just 5.8 kilometers from the station.

On the south-western line, the station is operated by Konkan Railways, which links Mumbai and the south Indian city of Mangalore. There are 8 lines passing through the station, catered by 4 platforms.

Madgaon Railway Station is at the crossing of the Konkan and the South Western Railway lines. Almost all important trains visiting several big Indian cities like Mumbai, New Delhi, Kolkata, Chennai, Bangalore, Mangalore, Hyderabad, Pune, Kochi, Jaipur, Jodhpur, Coimbatore, Visakhapatnam, Patna, Agra, and several other cities stop here. While coming to Goa from the east, you will see the Dudhsagar Waterfalls on this line.

There are bike and car rentals outside the station. There is a pre-paid government controlled taxi booth, so you can be sure that you won’t be overcharged. The cars can take you to a villa or hotel anywhere in Goa. Inside the station and around it, you will find restaurants, coffee shops, and even a Domino's Pizza shop. There is free Wi-Fi in the station. 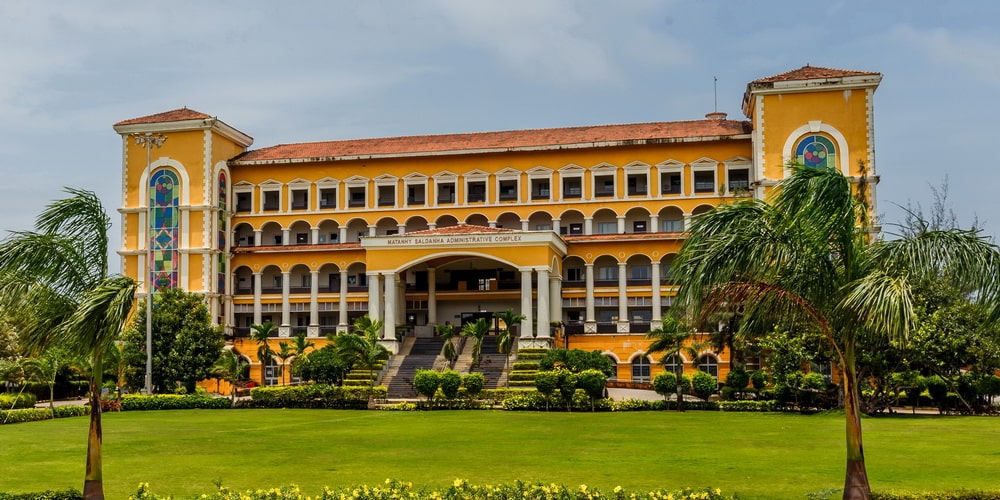 This is the office of District Collector of South Goa, an important administrative headquarter. The 4 storied building in central Margao is huge and looks very impressive. Government policies are executed from here. Officers of the state also meet the locals to listen to their problems, and report the issues to the state government. Important documents are also issued from the collectorate office.

Modern day Margao is a thriving city, full of festivals, film shows, theater, music, sports and food, which is why it is called ‘the cultural capital of Goa’. FC Goa, a football club that plays in the Indian Super League, is based out of the city. Zico, the famous Brazilian player, coached the club for 3 years in the league.

Top Markets To Visit In Margao

The city is a shopper’s delight, one of the best places in Goa for shopping. You will find everything here – swanky malls, traditional bazaars, and street side vendors.

There are many luxury villas to choose from here. You can choose from Villa Lyon Age, Villa Orchard Garden, Pool view apartment, Villa Fasenda de Forte, and Villa Kamila, and others. You can rent for the short-term or long-term. Many of the hotels, resorts, villas and apartments are close to the sea. Many properties, shops, restaurants, and cafes are concentrated around Margao.

Properties with sea views cost more. The cost also depends on the amenities, season, and the duration of your stay.

There are many other amazing villas and apartments on rent near Margao. They offer many modern amenities. You can check our other villas here.