No matter how conscientiously and detailed the travel guides are written, the responses sometimes give a clearer idea of ​​visiting a particular resort.

Below you can see excerpts from some of the more typical tourists’ responses to Goa and to the holiday in Goa. Information is gathered from the popular tourist sites and forums (the original spelling and punctuation). 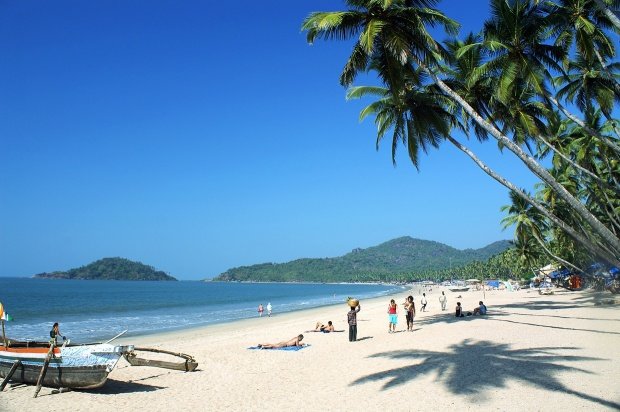 “In fact there is here like everywhere else, the standard border procedures. The buses then began to take all the people. And here something interesting started... All the elderly, respectable and plump was driven to the southern direction. And all those who are younger, but sloppy after strong drink on the plane were driven to the northern direction... And here the direction speaks for itself...“

“... We were quickly let out from the airport at the same time, someone got on services of annoying porters who for their work demanded 150 rupees (by local standards it’s a lot of money)...”

Responses to cuisine and food

“... I came back generally not with dependence on hashish, that I had feared, but with the dependence on local, most delicious cuisine. I’m writing now and I dream about at least one cake “Cheese garlic naan”

“... I don’t agree that the food is spicy. On our beach everything was cooked very tasty and wasn’t spicy, even two children have never complained about it. But when on trip to the botanical garden there was really strictly national and almost inedible food, except rice and bananas. We couldn’t eat anything!”

“The medicine of first need in Goa is enzymatic agent, a pill from overeating, and simpler — from gluttony. I'm not saying that everywhere in India it’s safe to eat. The main rule is that we have learned from this trip — it is necessary to know the place!” And as we had someone to prompt us, so every dinner was the celebration of the stomach”

“With the question of where to eat there is absolutely no problem in Goa, because on the beaches and in the town there are so many different cafes and restaurants. The food is cheap and tasty; we have tried almost all the courses in the lovely café”. 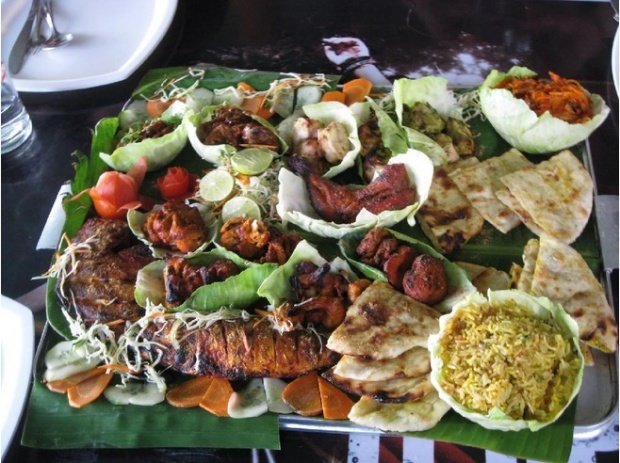 Responses to the beaches

Its big advantage is its sand. It’s pleasant to touch the sand that I have never met it before. And it's all thanks to the fact that its grain, they are so small that the sand begins to look like icing sugar. By the different lighting it seems almost white, then gold.

“Arguments “for”: A pure white beach. Very private and quiet. No touristy crowds, no hawkers. Very good place if you want some peace and quiet relaxation. Arguments “against”: The Sea is a bit rough, but if you're adventurous, you can enjoy surfing”

“After reading the responses, we chose the Hotel The Leela Goa 5 *. On many travel sites this hotel takes the first place among the hotels in South Goa. Even occasionally, in the stories, there surfaced the information that the hotel is part of the 100 best coastal hotels in the world! I can say that I feel the hotel is really nice, but do not wait something extraordinary from it. The funny thing is that those beach hotels, where we rested before was not worse, but it did not have such a high rank and rating.”

“The hotel was nice and clean. We liked the pool. Service could be better.”

“Worth to visit Saturday night market. Here you can buy with a good discount (minimum 50%), if the bargain =) plus there are performances of different genres. Loved it! ". 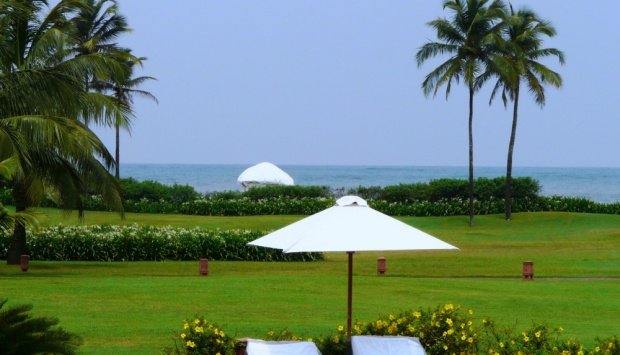 “With a taxi in Goa there is no problem. Fees are the same at the hotel and on the road. It is better to negotiate with the taxi driver on the way there and back. So it will be cheaper. Taxi driver can wait for you about 2-3 hours.”

“You can easily take a scooter, but the traffic is lhd (left-hand drive), it should not be forgotten. Plus, the local rush like crazy. If you aren’t frightened, then go ahead on a scooter, it is very convenient!”

“Traffic in Goa is left-hand, there are virtually no rules. After seeing the chaos from the taxi window, I was a little disappointed, and my desire to take a bike went out. The traffic consists mostly of scooters and motorcycles. All cut in front each other, fit into the smallest gap, overtake on the counter, ignoring the markings (and it is not common). The roads are mostly narrow, bus or truck “TATA” look there like elephants on a narrow path. There are no signs of a priority.”

“And again we have chosen South Goa – there are cleaner, quieter, more spacious “wild "beaches.”

“The simple fact is the South has the best beaches, cheaper and much quieter. North is very busy, long party, and Candolim is a great location”.

To Goa with the child

“The fact that Goa is dirty and full of infection, as in the rest of India is rubbish and nonsense. There is dirt in cities like Mapusa on market. Although I go there for market with my baby up to several times a week, and it’s fine. Here, they say, it's not the same with everybody.

In North, and even more in South Goa, everything has been adapted for tourists, including traveling with children, as well as for pregnant women intending to give birth in Goa. Here are the heaps of kids of all ages and nationalities.”

“One breakfast in cafe and enclosing area was running a year-old blonde miracle with a string of pearls around its neck. They come with their “tails” in Goa six months while the season. The ocean, fresh air... I saw the faces of these children — they are happy!”

Responses to the weather

“From the point of view of weather in India, it is amazing, since the scorching sun in the city and near the beach, a lot of greens, so even during the day you can safely walk on the street, but it is better to carry the hat and to spread sunscreen even for a five-minute walk. It breathes easily, no stuffiness. And at night the temperature drops from 35 to 18-20 - so you sleep comfortably.” (January)

“What is very pleased, so is the weather. I was in Bali, Vietnam, Thailand, China, and everywhere for me personally, it was difficult to endure high humidity and respectively heat. In Goa evening was just great, as we had in the Crimea at the end of August. Afternoon after 15:00 one could safely lay on the beach, without being afraid to “get burnt”. (November)

“About mosquitoes – in all restaurants there were fumigator in the legs. I wasn’t bitten by any mosquito, but usually I'm all bitten. In the room there weren’t any at all. However, the window we never opened.” 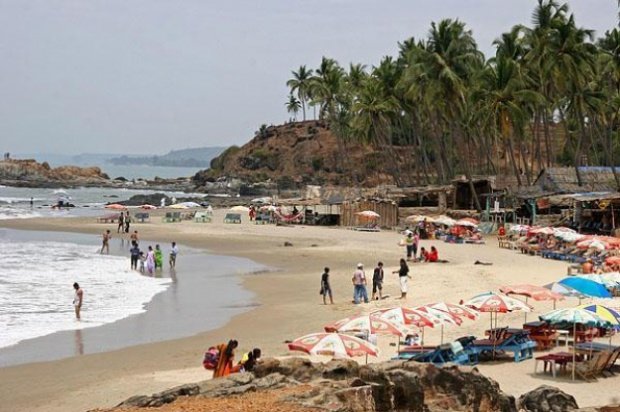 “Tourists, who stayed at the hotel on the outskirts of the village, have to stomp a couple of kilometers along the coast in search of dinner. But the definite plus are absolutely deserted beaches. White sand, sea, fishing boats and no one! Full sense of isolation from the world.”

“There were no “reptiles” in the ocean in the daytime! There are no algae and so is in time of ebb. I call the Arabian Sea the ocean because it is exactly like the ocean itself, not the sea. It’s not easy to swim there, if you're not a swimmer. Dangerous. There is a strong pulling wave. It is therefore necessary to feel the bottom under one’s feet.”

“That's where the ocean is really good. Fine sand, smooth bottom (even for me, who is poorly kept on the water), the powerful ebbs at full moon, flooding the coastal cafe (shakes). That's when you start to enjoy the rest!”

Responses to the nature

“Goan flora is very rich. I read somewhere that Goa has one of the world's largest collections of palms. Very likely. Palm trees here are really diverse and stunningly beautiful. Near hotels and houses there are many shrubs with large beautiful flowers.”

“It’s not just a country, but a fairy tale! Movies and photos do not share with this riot of nature and animal world! Everything is steeped in exotic!”

Responses on vacation in Goa

“This is a great place and a wonderful country! Such a calm and trouble-free you will find nowhere!”

“A simple tip for choosing India to vote their willingness and ability of this country (there is no violent Turkish animation, the Egyptian Red Sea, the European service and excursions, Thai lechery). India is a country of laziness syndrome (GOA), there is lots of fruit, seafood, the whole service is only in hotel, and excursions are just trouble. The summary of entire vacation is lying on the beach, sitting in water and eating.”

“At the sunset birds of paradise were gathering and singing. First time for my 50 years I heard something like that in my life. I understood what the spirit of freedom is. Previously did not know the meaning of this expression before I’ve visited Goa.”

“Travel agency, under the guardianship of which we have come, offered a good tour (including 2-day excursion into the jungle on a new route, we were the second group on this route, and 10 in total, felt the characters of Kipling's novels). Our guides were highly Indologists, they showed us the real India.” 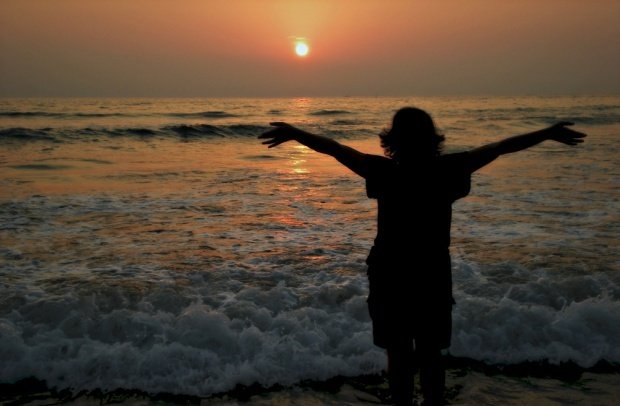