Telecommunications in India is one of the fastest growing sectors of the economy. It is a state program in which the development of telecommunications is a government priority. Today in India there are nearly a billion mobile phone users.

Currently, there are in the country, including Goa, 14 fiercely competing mobile operators and Internet connections. The most famous ones are: Vodafone, Airtel, Idea, BSNL, Aircel, Reliance, Tata DoCoMo. 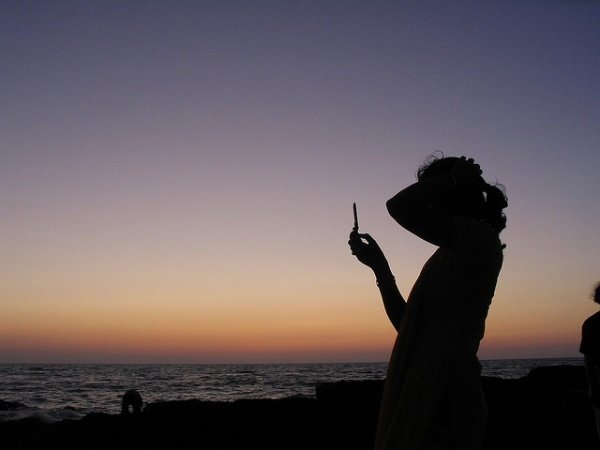 The optimal variant for foreign tourists in Goa who want to use their own mobile phone, the prepaid operator. Calls to the UK with local mobile networks are much cheaper than roaming calls British operators, some of which do not support the way this service in Goa. Prices for both incoming and outgoing calls for roaming from British operators start at 100 rupees per minute, SMS 20, and a call from Goa to the UK with a local network is 9 rupees per minute, SMS — 3-4 rupees and SMS to Goa — less than a 1 rupee.

Buying a prepaid SIM card in the offices of the cellular companies and travel agencies, which are also sold in supermarkets and hotels. According to reviews, have in Goa Vodafone, Airtel and Idea the best performance. For the carrier's network, you will need copies of the relevant pages of the passport and one or two photographs. Copies You can usually get to the point. In September 2012, there were restrictions on the sale of SIM cards in Indien. SIM cards for the duration of the visa will be given to toursits but not for more than 3 months. That is, if you have a visa for a longer period, then you need to buy a new SIM card.

To this you need to replenish one Card that are sold almost everywhere. You can fill in the offices of mobile operators and travel agents, your card with cash. It is recommended to increase to consider the full talk time. This means that the balance of the same amount paid by you receive. Some carriers have a commission for charging.

International fixed phonecalls available: STD-ISD-PCO, which are widespread, especially in resort areas of Goa. Typically these elements from a distance of yellow signs are reported. The service is convenient because it is paid in cash after the lecture, recorded the rate per second, and the current time and the cost of the call on a board next to the phone. A phone call to the UK from the net STD / ISD / PCO is about 9-10 rupees per minute.