Feni (liquor) is an alcoholic drink of Goa made from cashew or coconut. It is the most popular drink of the state, taken by both the locals and tourists. It is not commercially produced in large quantities, as most of it is hand-made, and is completely natural. About 4000 distillers in Goa make Feni drink, 70% of which is for home consumption. The rest is sold in the market. You will even find a few bars and restaurants that sell Feni. The alcohol content varies between 42.8% and 45% abv. Feni produced in south Goa generally has higher alcohol content (43% to 45% abv). 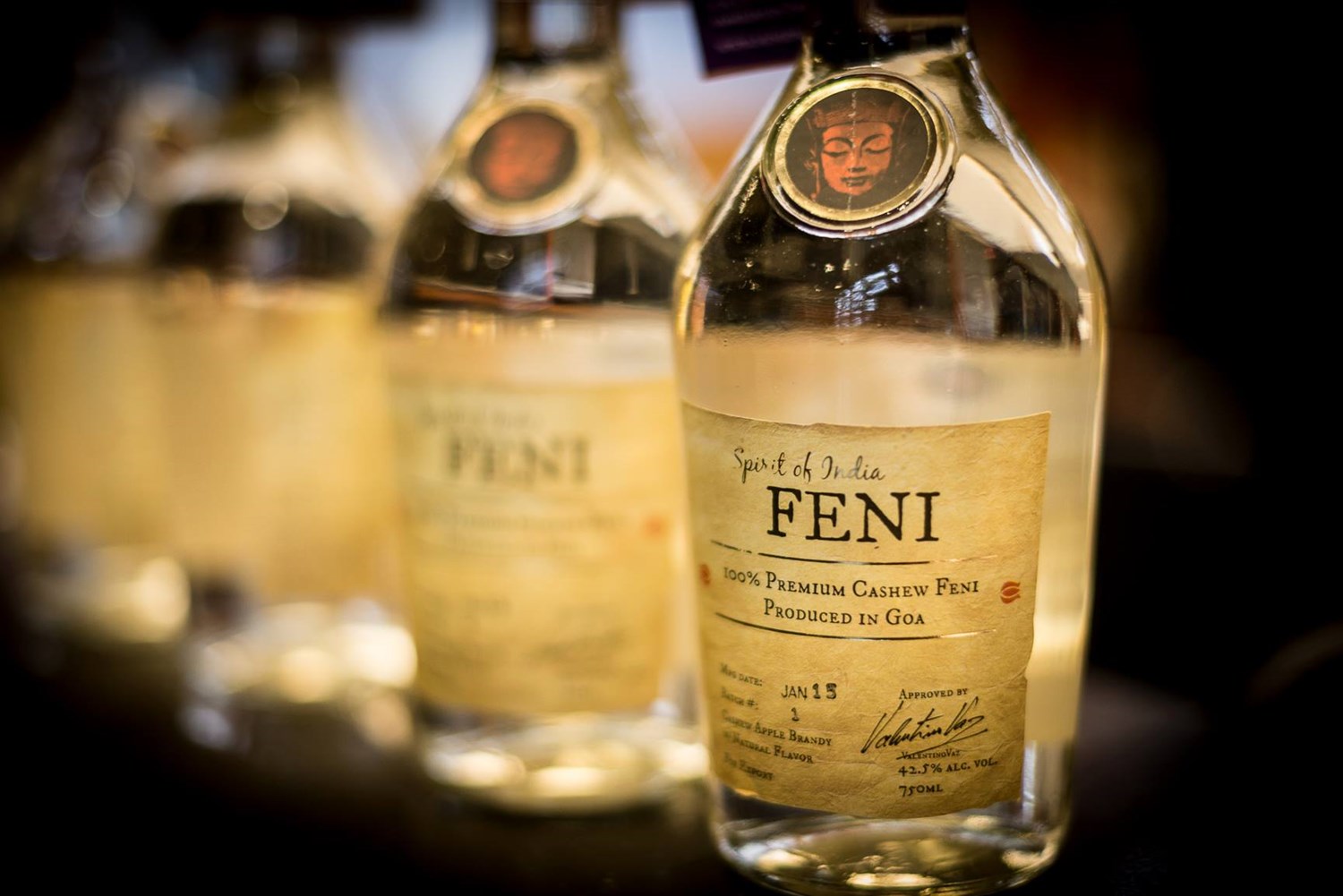 People in Goa have been drinking Feni for more than 400 years. Hand-made, this completely natural drink goes back to the days of the Portuguese rule when they arrived in Goa in the 16th century. Like the vindaloo, saanas, sorpotel, and bebinca, Feni too is a legacy of the Portuguese. But according to others, Feni was made in Goa even before the Portuguese arrived. It was mainly coconut Feni, though. Cashew Feni and other varieties developed because of the Portuguese influence.

The name Feni comes from the Sanskrit word phena, which means ‘froth’, because of the bubbles that form when the liquor is poured or shaken in a bottle.

It is believed that Feni was first made at Satari, a sub-district and densely forested area of north-east Goa, close to the state’s capital with Maharashtra. A few villagers used to make the drink from coconut for personal consumption. Goa, a coastal state, always had abundant supply of coconut. Now of course, Feni is made throughout the state. But the variety differs from region to region. Feni made in the south, for instance, has higher alcohol content.

Feni was first produced with coconut. But now, there are many types of Feni available in Goa. Having said this, there are mainly 2 types available. They are,

Coconut Feni is made from the flowers of the palm tree. The juice is first collected from the flowers in a process called ‘toddy tapping’. The tapper is called the ‘rendier’. This process to collect the toddy has been practiced not just in Goa, but the entire south-east Asia for centuries.

Also called ‘kaju feni’, kaju being the local name for cashew, this is made from ripe cashew apples. However interestingly, only those apples are selected that have fallen to the ground. They are not picked from the trees. They are then de-seeded and kept in a place for stomping, which is called ‘colmbi’. Stomping brings out the juice. This has been the traditional processes followed for a long time.

Increasingly now, a pingre cage is now used for the stomping.

How To Drink Feni

Feni is pure in its form, ice-cold, hot or in cocktails. However, its taste and smell can be unusually strange to Europeans. The aroma of the drink is very strong. You can be overwhelmed by the boldness of this drink. It can be smelt from a distance. Remember, Feni can be very intoxicating if taken without water. But the drink will not give you a hangover next morning.

The natural way to drink Feni is from coconut shells. There are shops on the beaches that will serve you the drink in this way. You can have it with seafood. Many even add a slice of lemon or sprinkle some salt on their drink. Others drop a slit of green chili. This way, your Feni will have a nice bite and zing.

Feni is now available outside Goa too. In the US for example, it is found in cocktail menus. Proxi in Chicago serves Feni with Manhattan in a drink that is called the Long Layover. In Goa, you will find Feni in many taverns as well, apart from the beach shops. The popular brands include Cashyo, Reals, and Big Boss. 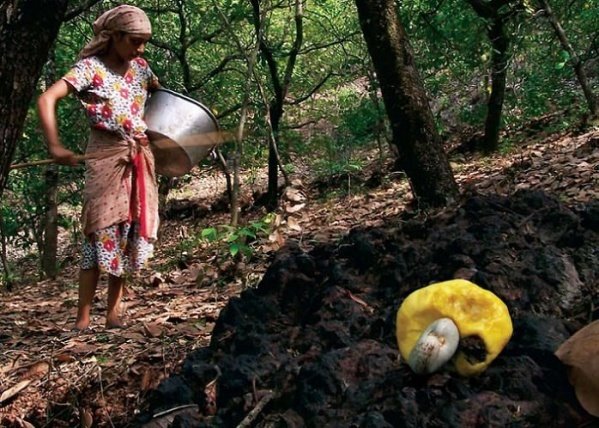 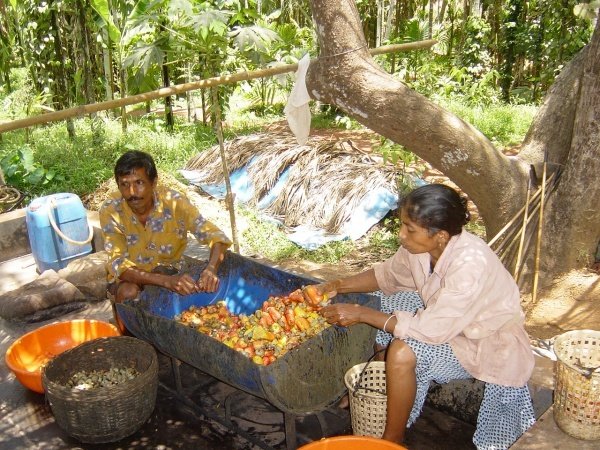 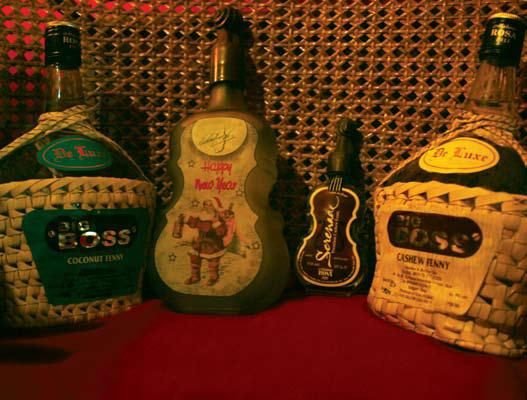 Where to drink Feni in Goa?