The word "Ayurveda" is made up of two parts: "Ayush" in Sanskrit means "the meaning of life" and "Veda" means "science." Therefore etymologically means "Ayurveda", "science of life" or just "biology". The handling is also used in Ayurvedic medicine, and in some other aspects of the life sciences. In a broader sense, Ayurveda is perceived as a science of health and the treatment not only for humans but also for animals and plants. In ancient India there were separate disciplines as "Ashva-ayurveda" - treatment of horses, gaja-ayurveda — treatment of elephants, go ayurveda — treatment of cows, ivriksha-ayurveda — sewage. There are well-known treatises on the outstanding issues of the ancient Ayurvedic healers Nakula (Nakula), Shalihotra (Shalihotra), and Parasara (Parashara).

Ayurveda offers an alternative treatment for a variety of diseases of the internal organs that apply to conventional medicine as incurable. In the main, however, Ayurveda focuses on prevention and healthy lifestyles. Ayurveda is also studying the basis of human nature and the natural state of the body, such as hunger, thirst, sleep, fatigue, gender, etc., and offers solutions to life, harmony, and without the disease.

Today, as the growth of the popularity of a return to nature and a healthy lifestyle is remarkable, acquires the practice of Ayurveda new relevance. The old theory is experiencing a renaissance in India, with the support of the government and the scientific community. There is the development of measures to help with Ayurveda, with modern scientific principles. There are many Ayurvedic colleges, pharmacies, hospitals, clinics and pharmacies.

Self treatment with Ayurvedic techniques and principles are also very common. 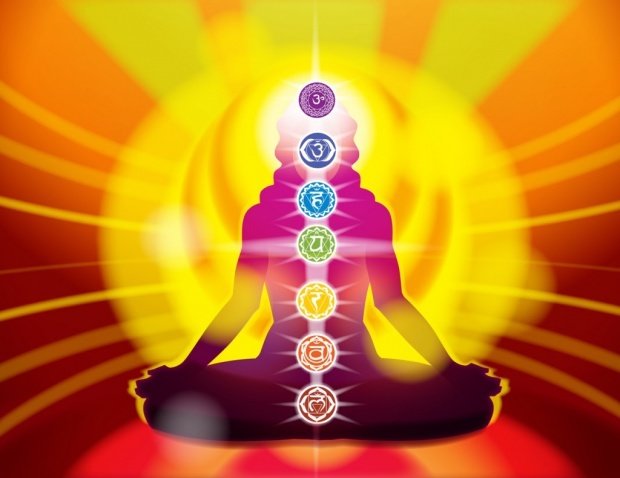 In the heart of the teachings of Ayurveda is the concept of the five universal elements, Pancha Mahabhuta. Ayurveda and traditional medicine teaches that man has five senses and by this means he perceives the world in five different ways. The senses are the ears, skin, eyes, tongue and nose. According to the teachings of Ayurveda, with the help of an external object is the meaning, not only perceived by the person, but also absorbs into his body as energy. These five kinds of feelings are the basis on which the universe in groups such as the "Five Elements" is divided known. Your name and approximate translation: Akasha — Sky, Vayu — Air, Agni — fire, Jala — Water and Prithvi — country.

Water has the power and integrity of jala, which is its characteristic property. Even if the air is not vayu but also contains other elements. For example, oxygen is closer to Agni, and closer to vodord jala. In general, all chemical elements of one or the other category are returned by universal Mahabhutas. The atom, however, the properties of all five Mahabhutas and particles, and in its structure Mahabhuta prithvi. And the amount of motion of the electrons is a characteristic feature Mahabhuta vayu and the space in which they move is an important attribute Mahabhuta Akasha.

According to the teachings of Ayurveda, the body is also composed of five elements (Mahabhuta). Here they are presented in the form of Dosha, Dhatu and Mala. But outside of the body are the main ingredients food and medicines.

In a healthy body of a living all five Mahabhuta are contained in a specific ratio. But enzymatic activity leads to a violation of the ratio of these elements and, as a consequence, in the destruction of the balance of the body. However, the body has a natural tendency to restore the balance, it is therefore trying to get rid of excess amounts (Mahabhuta) and vice versa, in order to save the missing. Deficit comes from food, drink, air, heat, solar radiation, etc., and the exogenous Mahabhuta have become the bases.

A dead body is also made of five basic elements Pancha Mahabhuta, but leads to death and a gradual withdrawal of the senses.

In the teachings of Ayurveda, there are different tendencies, but they all recognize the five universal elements.

Therapy (drugs of natural origin, massages, water therapy) and nutrition (diet and lifestyle): Ayurvedic treatment is performed in two main areas. Great emphasis is placed on prevention. Ayurveda focuses on the maintenance of a healthy body, not only on personal care patients. For prevention programs are universal and individual, used for cleaning, rejuvenation and strengthening the body. There are various methods: rejuvenating Ayurvedic oil massage, oil bath; Nasyam for migraine and nasal problems; Khizi, for the treatment of chronic diseases; Shirobasti, for depression, headaches and problems with hair; urobasti, for asthma; Swedana is a steam cleaning method. Shirodhara has developed a process to strengthen the head as the center of the human body; sarvanghadhara is a complicated process in order to understand the full harmony of mind and body, Marma stimulates reflex zones, etc.

These include yoga, meditation, and nutrition.

Ayurvedic centers are found almost throughout the territory of Goa, especially in the recreation area. A good reputation among the tourists won the Meridian Ayurveda center, the rich Kerala Ayurveda Centre, Mantra center Kavelossim Ayur Clinic in Arpora. In Saligao Calangute and the Ayurvedic Natural Health Centre is on the island Divari. Each hotel is also an Ayurvedic center. Price of treatment is about $ 20, 7-day course of treatment is about $ 250