Tiracol fort, also called Terekhol, is a 17th century fort in the northernmost tip of Goa, bordering the state of Maharashtra. It is in the Pernem taluka, at the confluence of the Terekhol River and the Arabian Sea. The fort gets its name from the river. It is 48.7 kilometers north of Panaji. You can take a ferry from Querim beach to reach the site. The river crossing takes only a few minutes. Tiracol can also be reached by road after crossing the Kiranpani Aronda Bridge.

Tiracol fort was erected by the Raja of Sawantwadi in the 17th century to watch over the neighboring areas and protect naval vessels. Many naval vessels of the Bhonsle Kings used to be kept under shelter in the Tiracol River, protected by the fort. It has also played an important role in the Portuguese Civil War and during Goa’s freedom struggle. In its peak, there used to be 12 guns, a chapel, and a military barrack.

However, the Bhonsles failed to protect the fort. It eventually fell to the Portuguese, but was later abandoned and turned into ruins. It was fully restored and converted into a luxury heritage hotel in 1976.

How To Reach Fort Tiracol

It is at the far end of Goa, in the state’s northern border with Maharashtra. The easiest way is to travel by road.

Once you reach the Querim beach, you will see a ferry service that takes only a few minutes to cross the river. It’s a short walk from here.

Tiracol looks beautiful from here, on top of a hill, at the confluence of the sea and the river. Just ahead is a small rocky beach with sheer cliffs. You can also reach by road after crossing the Kiranpani Aronda Bridge.

History Of The Tiracol Fort 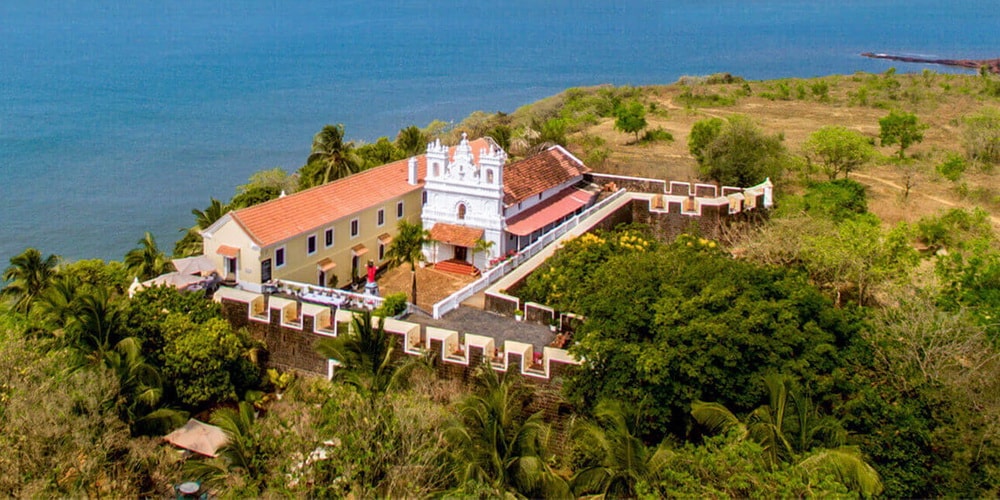 The fort was erected by the Bhonsle king of Sawantwadi during the 17th century. Tiracol stands on top of a small hill beside the river. It is one of the smallest forts in India, more of an outpost, erected to look over the surrounding areas and guard the naval fleet of the king down in the river.

The hilltop location beside the sea and river provided a panoramic view. 12 guns were installed to apprehend approaching enemies. There was also a military barrack.

However, its unique location soon caught the attention of the Portuguese. The 44th Viceroy of Goa attacked Tiracol through the sea in 1746. It eventually fell after a week on November 23 rd 1746. After taking control, the Portuguese revamped the Tiracol in 1764. Its importance grew subsequently.

Terekhol in local language means the ‘deep and steep bank of a river’. Many believe that all the forts in Goa were once connected through an underground tunnel. But this tunnel is yet to be discovered.

It played an important part during the Portuguese Civil War. In 1825, it used to be a rebel stronghold. Dr. Bernardo Peres da Silva, who was the first Viceroy born in Goa led the revolts. Portuguese rulers beheaded the entire garrison, placed the heads on stakes to display as an example of what would happen if there was a revolt. The construction also suffered a lot of damage.

India became an independent country in 1947, but Goa continued to remain under Portuguese rule. The locals were demanding the end of Portuguese control and annexing to India. On 15th August 1955, freedom fighters entered the fort and raised the Indian flag. Three of them died while raising the flag. Fresh troupes were sent and the Portuguese again regained control a day later.

Shortly after independence, the Tiracol fort was once again renovated. Goa Tourism turned it into a hotel in 1976. But now it is a privately held heritage luxury hotel. Its management has changed many times. 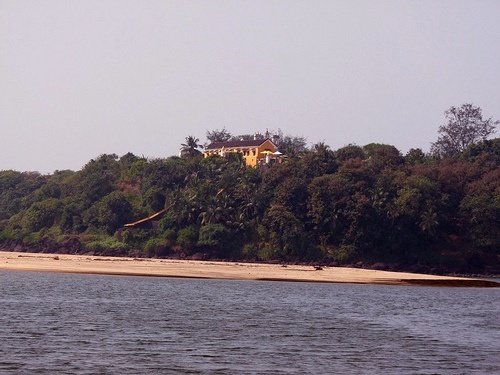 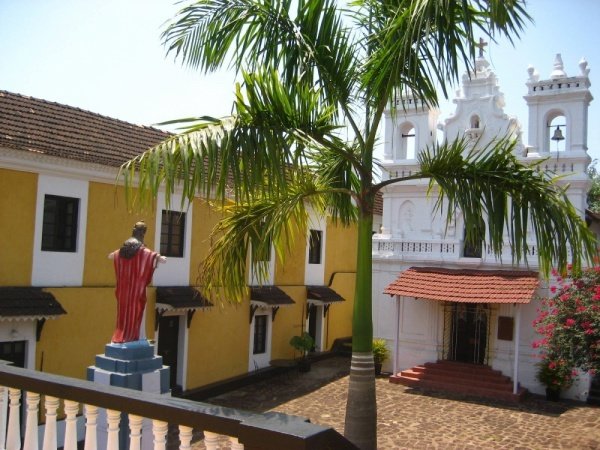 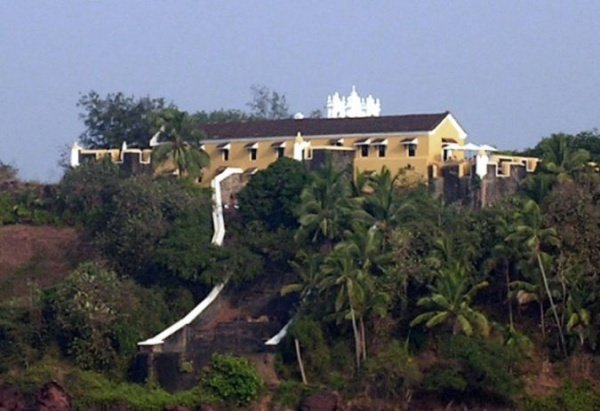